The run of classic 1980s Iron Maiden albums continues with Powerslave, the record that really epitomizes the highest high of Maiden’s fortunes around the world.

All of this is evident in the opening duo of the dogfighting Aces High and the nuclear warning 2 Minutes To Midnight. The McBrain/Harris rhythm section sounds like one infernal machine, as does the intricately designed guitar interplay of Murray/Smith, while Dickinson soars over the top of it all with supreme bravado.

Producer Martin Birch continues to build a powerful and guitar-centric sound, once again recording at Nassau’s Compass Point Studios and ensuring that Powerslave delivers what the album title promises. 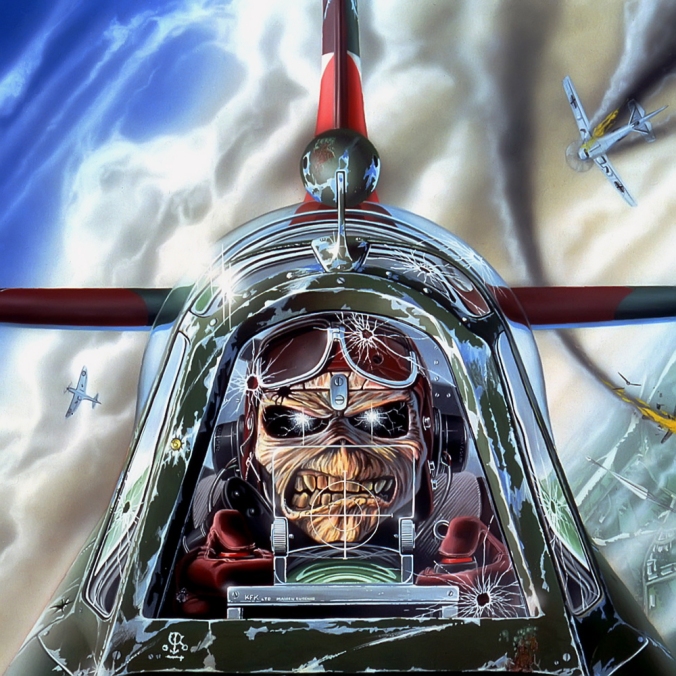 Other outstanding material here is Dickinson’s title track Powerslave, a chilling and possibly allegorical tale of a pharaoh’s addiction to power in ancient Egypt, and that 13-minute masterpiece by Harris: Rime Of The Ancient Mariner. The song is based on, and quoting extensively from, Samuel Taylor Coleridge’s 1798 epic poem about a cursed seafarer’s encounter with a ghost ship.

Much of the subsequent tour’s stage show would be built around these two songs, and to this day they are able to instantly transport the listener to other times and other places. Indeed, the Powerslave tour offered one of the greatest stage productions in the band’s history, as this feature article argues.

The reissued picture disc gatefold reveals photos of the band, some of them on stage on the World Slavery Tour, which is a neat visual effect as it ties in with the album artwork. Obviously, the disc itself is decorated with the 2 Minutes To Midnight and Aces High single artworks, which are both top class Riggs paintings that continue to build the Eddie mythology. The more recent black vinyl reissue recreates the original packaging faithfully. 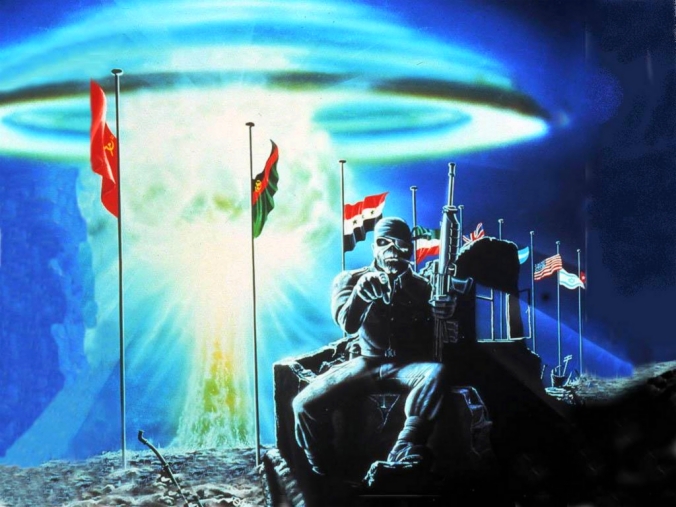 Unfortunately, the band is also showing the strain of having to come up with new material in the midst of their endless album-tour-album-tour cycles. The instrumental Losfer Words (Big ‘Orra) is not worthy of its place on the album, despite its middle part blending folk music and metal in a way that points years ahead to the black metal scene in Scandinavia.

Also of dubious worth is the annoyingly hyper Back In The Village, while Flash Of The Blade comes closer to matching the other material on display. It must have taken a few days to rehearse and record King Of Twilight and Rainbow’s Gold for the single B-sides, so why not rather use that time to get another killer original song into shape for the album?

Harris’ The Duellists is a forgotten gem here though, one of those tracks that the band has unfortunately never performed on stage. It has much in common with earlier masterpieces Phantom Of The Opera and Where Eagles Dare, reveling in staccato grooves and double and triple guitar harmonies.

In the end the subpar tracks prevent Powerslave from quite reaching the heights of its predecessor Piece Of Mind. However, the four stand-out cuts and one hidden jewel still make this a very special record.