The official Iron Maiden site might not be the most objective source when it comes to reports about anything to do with Maiden and its members. But here it is anyway, the site’s review of last night’s British Lion concert in Faro, Portugal.

There is a cell phone video in there too, and the site reports that British Lion were greeted as conquering kings delivering a “blistering” and “mesmerizing” set that worked the audience into a “frenzy”… 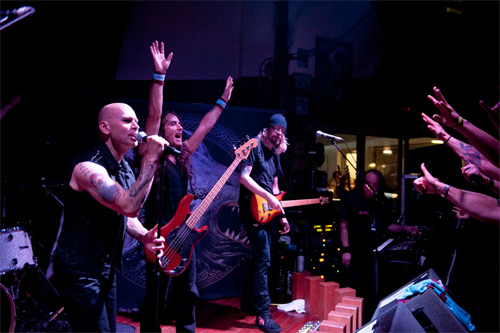 British Lion working the crowd into a frenzy, the official Maiden site reports.

In other words, the hype machine is in full swing to help Steve launch his new band. We’ll reserve our own judgement until we see British Lion for ourselves in March, but here’s last night’s setlist:

Let It Roll
Eyes Of The Young