Just before the Norwegian fencing championship is about to kick off, Iron Maiden singer Bruce Dickinson popped by to have a go at the, dare I say, much taller Olympic winner Bartosz Piasecki.

Dickinson, now 54, did well during the warm-up sessions, but was thoroughly defeated as soon as the match kicked into gear.

“I had two points in a row,” Dickinson told Norwegian newspaper Aftenposten.

“He’s kick-ass,” his opponent Piasecki added.  “He is short but incredibly fast, that’s his weapon,” the fencing master said about his 170 centimeter tall and slightly older duelist, and added: “He looked like Rocky when he arrived in a brown robe with his fencing kit in a shoulder bag.”

After the match got serious, Piasecki took 5 points on Dickinson. The singer got stuck with 0 points in the final round. 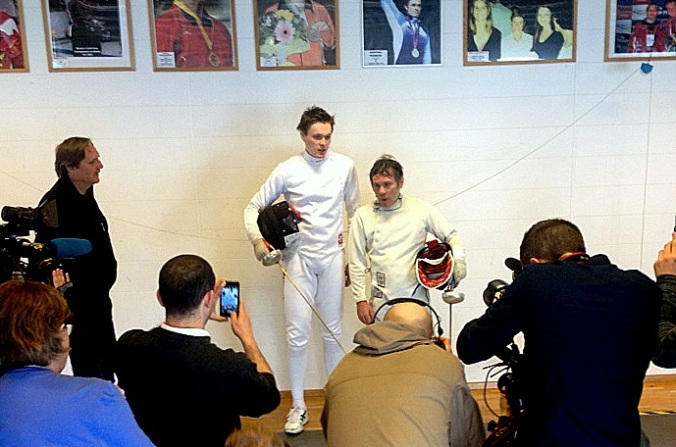 “For me fencing is training,” Dickinson told the newspaper. “I gave up competing in tournaments when I was 23, at that point I was ranked number 7 in Britain.”