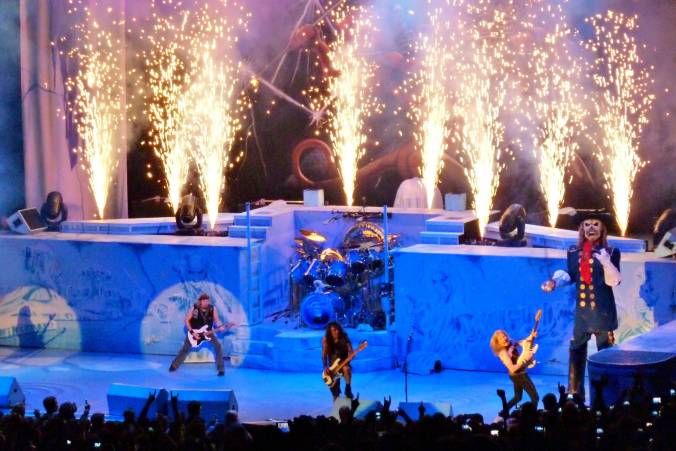 So far the band has released a string of festival dates for summer 2014. Just released are three headline shows in the eastern parts of Europe, including two indoor shows in Budapest, Hungary at Budapest Arena and Sofia, Bulgaria at Arena Armeets. And finally an outdoor show in Brno, Czech Republic. The show at Velodrom marks Iron Maiden’s first visit to Brno.

Iron Maiden was scheduled to play the Sonisphere Festival in Sofia in 2011 but the event was cancelled due to “logistical” issues.

Head on over to Maiden’s official site for ticket information!