The second live album from the reformed Iron Maiden of the new millennium is their darkest and most dramatic yet, with a heavy emphasis on material from their most recent studio album Dance Of Death.

The overwhelming return of Iron Maiden with Brave New World in 2000 had been given its proper book-end with the live album Rock In Rio in 2002. Easily putting to rest any cynical opinion that they were back only for a quick cash-grab, Maiden then released the impressive album Dance Of Death in 2003 and staged their most theatrical production since the 1980s when they went on tour.

In a welcome contrast to their classic days, the band and managment decided that live albums in the era of the new six-piece Maiden line-up would come regularly. Producer Kevin Shirley was retained to record Maiden over just one night in Dortmund, Germany on 24 November 2003, as the Dance Of Death tour hit the Westfalenhalle that Maiden had so often played before, not least at the very memorable conclusion to the Piece Of Mind tour exactly 20 years earlier. 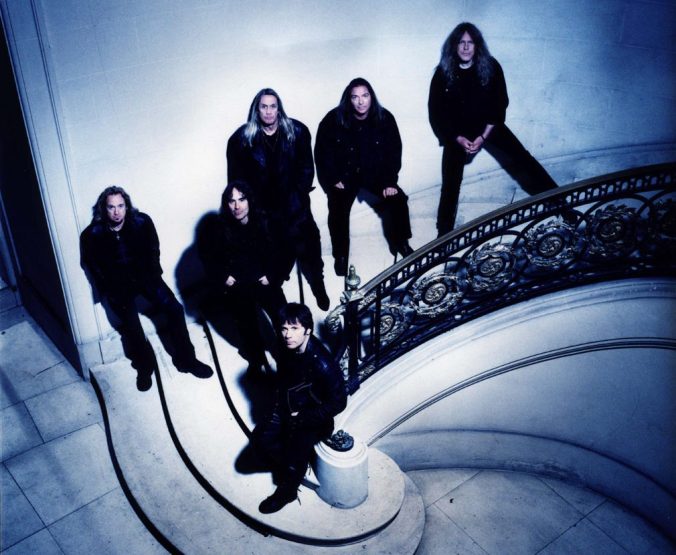 The sound and energy of Iron Maiden live in 2003 is immensely powerful, and even the mediocre opener Wildest Dreams sizzles with the playful enthusiasm that would underscore the sheer performance ability of this ultimate Iron Maiden line-up. Top-notch renditions of classics follow immediately: Wrathchild, Can I Play With Madness and The Trooper.

Shirley captures the band expertly and coats their performance in a clear and punchy sound. Compare this recording of the Seventh Son Of A Seventh Son hit single Can I Play With Madness to that previously featured on 1993’s A Real Live One, and the leap in production value and hi-fi immersion is staggering.

Can I Play With Madness appeared in the Maiden set for the first time in a decade on the Dance Of Death tour in 2003-04.

A few classics out of the way, Maiden knuckle down to present their ambitious new music with unmatched confidence. Title track Dance Of Death is imbued with faultless emotion and drama, followed by a rousing take of album highlight Rainmaker and then the deeply moving melodies and lyrics of Brave New World. In their abundance of new epics, Maiden then nail a career-high performance of the inimitable Paschendale:

The fact of the matter is that the music and performance brings both goosebumps and a tear to the eye. Particularly in the light of the band’s troubled 1990s period, the majestic triumph of this rebooted Iron Maiden is a jolt of energy for any fan, probably combined with a sense of gratitude for being given this second golden age of the greatest hard rock band in history.

Singer Bruce Dickinson has by now established the consistent quality of operatic and emotionally charged vocal performances that would carry Maiden to great peaks in the post-2000 period. Behind him pounds the flawless rhythm machine of drummer Nicko McBrain and bassist Steve Harris, often aided by the punch and melodic glue of guitarist Adrian Smith. The latter slots in equally impressively with his co-soloists Dave Murray and Janick Gers. 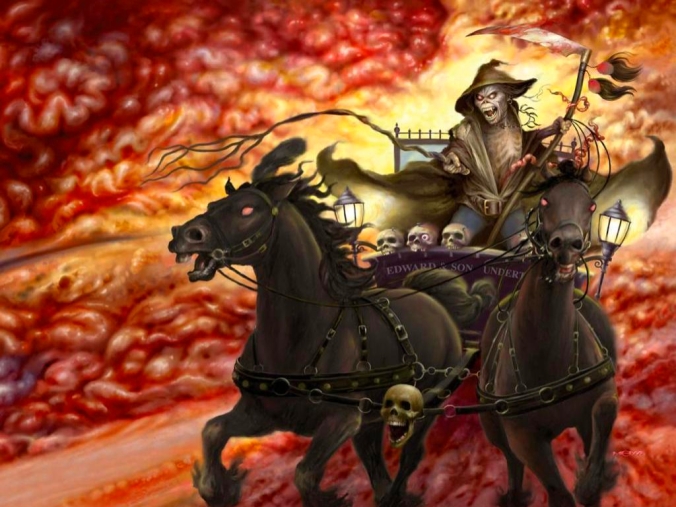 Artist Melvyn Grant’s strange fascination with intestines carried over from his Virtual XI artwork into this rendition of Eddie, and it would continue into the subsequent The Final Frontier.

In light of all this, it is no shame that the deep cut Lord Of The Flies from the Blaze Bayley-era album The X Factor seems a little pale, and even this track packs a punch and sounds better than before with Dickinson lifting the vocal lines a complete octave for much of the song.

The tracks in the latter half of the concert are much more predictable, Hallowed Be Thy Name and Fear Of The Dark among them, but by the time the set finally winds down Maiden still have a surprise up their sleeve. As the first encore, they pick up their acoustic guitars for a joyfully affecting performance of the final track from Dance Of Death, Journeyman:

Death On The Road is breathtaking as a setlist, as a performance, and as a high-quality audio production. In the years that had passed since their 1999 reformation, Iron Maiden had released two studio records and two live albums of such impressive quality that the world were now accustomed anew to having a perpetually productive and comforting Maiden around. The band would even manage the impressive feat of upping their game on their next studio album, A Matter Of Life And Death (2006).

In the meantime, the Death On The Road album equals Rock In Rio, in fact the two are great companion pieces from this era of Maiden History. And in retrospect it seems that this is the point in time when the future of Iron Maiden opened up into endless creative and commercial possibilities that are still being explored two decades later.

Nothing if not great.