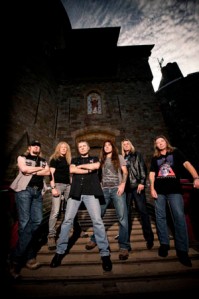 People has speculated for a long time that Iron Maiden will be visiting Stockholm and the new 50.000 capacity Friends Arena on the upcoming Maiden England Europe 2013 Tour. Here is the official confirmation.

“On July 13 the Maiden England tour hits Sweden where the band will play at the magnificent National Stadium in Stockholm – Friends Arena! This is the first rock show ever to beannounced at this brand new 50,000 capacity venue. Tickets will go onsale on Tuesday, October 2nd, at 9.00 am, with an exclusive first ticket pre-sale for Iron Maiden Fan Club members which will run from 10:00 Saturday 29th through to 18.00 hrs Sunday 30th September (local times).  Fan club members will also be eligible in the draw to be ’First To The Barrier’.”

No doubt it will sell out faster than the speed of lightning. See you all there!