Iron Maiden has just announced that they will bring the Maiden England World Tour to the Constitution Square in Bucharest in July. Can they beat AC/DC‘s spectacular show at the same place a few years back?

The official site has announced that Maiden will play in Constitution Square by the Palace of the Parliament on July 24, the same site that hosted the infamous AC/DC concert in 2010 where over 60.000 spectators turned out to see the Black Ice show.

Both Bon Jovi and Lady Gaga have had tremendous success performing at the large city square, situated in front of the Palace of the Parliament, the heaviest building in Europe! In other words a splendid place for a heavy metal concert. Tickets go on sale tomorrow March 19th.

It is also heavily rumored that Iron Maiden will play a show in Belgrade the same week. Maybe they will follow up AC/DC’s sold out show at the 45.000 capacity Partizan Stadium? 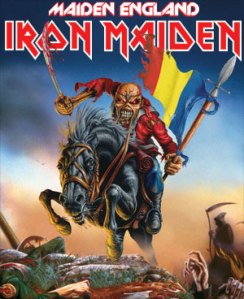