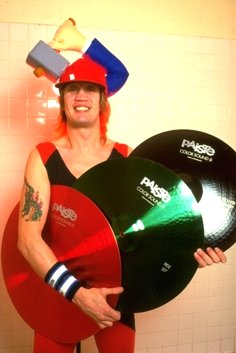 People, we can not let Nicko lose this vote!

Up the Irons! Up McBrain!

EDIT: As of Thursday, September 12 Vinnie Paul is beating Nicko. Is that even possible? Jordison and Paul getting to the final showdown at the cost of McBrain and Lombardo? Completely ridiculous…