Shirley mixing Maiden for TV. Does that mean that there will be no DVD of the Maiden England tour after all?

Iron Maiden producer Kevin Shirley has just updated that he is finished mixing a Maiden show for TV presentation.

In a posting on his Facebook-page, Kevin Shirley reveals that he has been busy the last few weeks mixing a Iron Maiden show for TV presentation.

In a previous article we were speculating if a new live DVD was in the works, bearing in mind Shirley’s past reports of recording shows both in Sao Paulo and Rio, during the bands visit to Brazil in September. Shirley also recorded the Download festival show in June that was filmed by Sky Arts. Shirley was credited for mixing the soundtrack to the Sky Arts show that was televised shortly after Download. See the clip below.

Lately Shirley-mixed clips of “Run to the Hills”, “Fear of the Dark” and “The Trooper” from Rock in Rio has surfaced online.

In the light of this latest show being mixed for a TV broadcast, does that eventually rule out a future DVD release of the Maiden England World Tour? It might be an odd choice for the band to release a DVD of a concert that has already been broadcasted in full on TV. 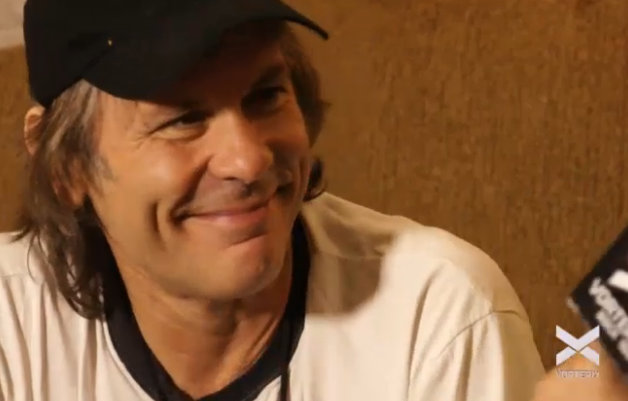 – Well, I mean, we are going to do another album, Dickinson says, but adds: – When we do it I can’t tell you.

In a reveal that’s sure to delight fans around the globe he also says that the band has already started to write material for what will be their 16th studio album.

– Actually I’ve written a load of stuff. You know, we’re all writing little bits and bobs all the time. We’ll see what happens, you know. But yeah, sure.

The band has been touring the world for the past couple of years with the Maiden England package, a concert presentation that revisited their classic Seventh Son of a Seventh Son era. Asked whether or not they will do a similar thing with their 90s material in the future, Dickinson gets a little ambiguous.

– We haven’t got that far yet. Let’s finish this one first and see what happens next year. But yeah, I do not think Maiden fans are going to be too disappointed for too long.

17 thoughts on “Kevin Shirley: Mixing Maiden show for a TV presentation. No new DVD after all?”