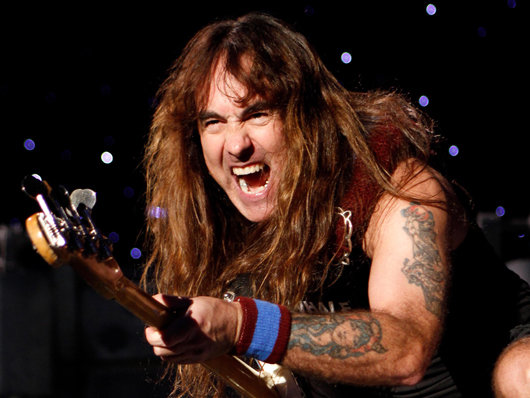 Writes Loudwire before the final votes were cast:

“Competing against Myung for the title of Greatest Metal Bassist is Iron Maiden‘s Steve Harris. The legendary band’s creative mastermind and galloping pioneer also took out some incredible musicians during his road to the final round. Harris has triumphed over an impressive list of challengers throughout this bracket, including Helloween’s Markus Grosskopf, Motley Crue’s Nikki Sixx, Slipknot’s Paul Gray and Metallica’s Cliff Burton. Now he takes on John Myung in the championship battle!”

In related news, Nicko McBrain made it to the semifinals where he was beat by former Pantera sticksman Vinnie Paul. McBrain took out Tommy Lee and estranged Black Sabbath drummer Bill Ward in the process.