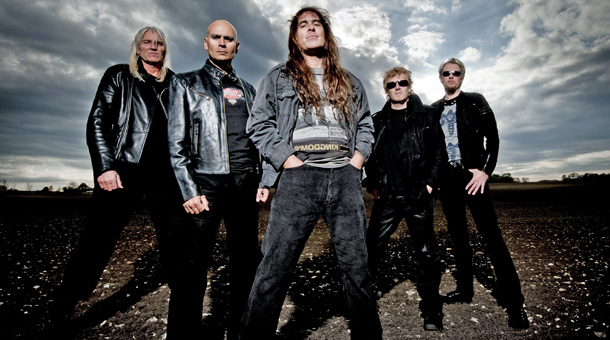 Steve Harris is set to take his side project British Lion back on the road this summer.

The Iron Maiden bassist’s other band, British Lion, released their debut album in 2012 and also did a club tour in 2013. They’re back at it this year, starting a short 10-date European trek immediately following the end of Maiden’s 2014 Maiden England tour.

The band is booked for club gigs in July, doing shows in the UK, Netherlands, Belgium, France, Spain and Portugal. Harris claims the reason for doing small venues is that they “really love the vibe and intimacy”. Which is probably true, but it’s not like British Lion could choose to play bigger venues…

Oh, and Harris also says that the tour couldn’t be longer “for a number of reasons, probably of interest to Maiden fans!” It’s probably fair to speculate that he needs a little time off in the late summer before starting work on a new Maiden album in the fall. Or is there yet another leg (!) of Maiden England coming up after the European tour…?