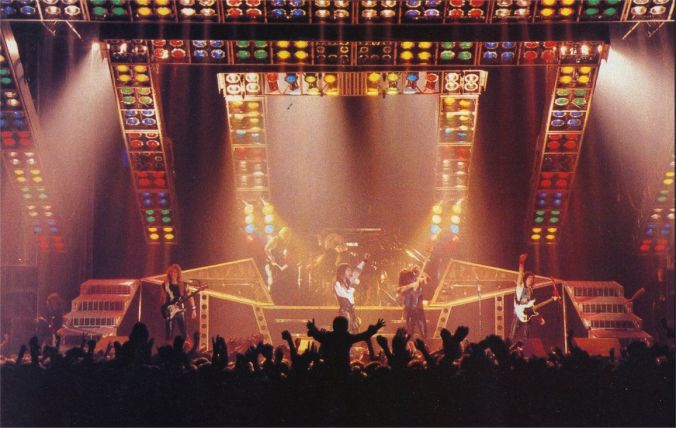 The Iron Maiden concert video that never was. Here’s a classic bootleg of the 1986 Somewhere On Tour show in Paris.

Somewhere In Time. One of Iron Maiden’s most popular albums. One of their most troubled productions. The point where singer Bruce Dickinson nearly left the band. The last Maiden tour that featured a genuinly different kind of stage production. And one of two classic tours in the 1980s that never got a proper concert video, the other one being the 1983 Piece Of Mind tour.

In other words, a rare gem in the vaults of hardcore Maiden fans.

Make sure to check out our Maiden History chapter about the making of the Somewhere In Time album, where producer Martin Birch had to balance the different musical ambitions that Dickinson, bassist Steve Harris and guitaris Adrian Smith brought to the table. 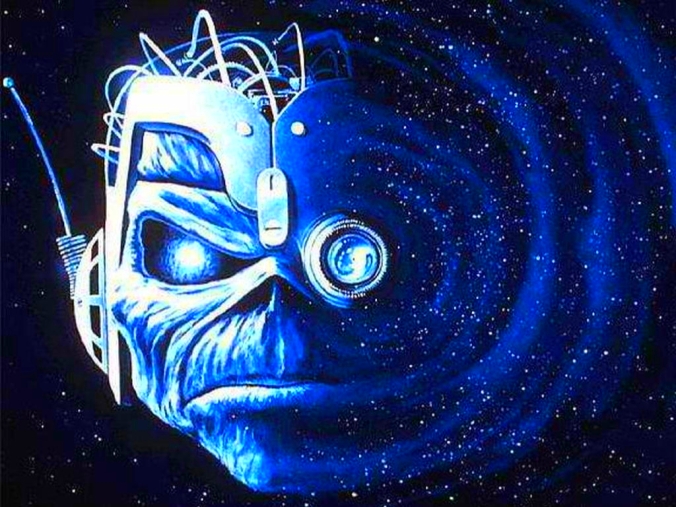 The subsequent Seventh Son Of A Seventh Son album and tour would receive the full concert video treatment. But the Somewhere In Time show was saved for posterity by a Paris TV team. It’s a one-camera production from the 29 November 1986 concert, but to date it’s probably the best video bootleg of the 1986-87 world tour:

This tour was the last time that Maiden would ever include a regular guitar solo spot in their show. Walking On Glass was composed by Adrian Smith in 1985 during his and drummer Nicko McBrain’s one-off side project The Entire Population Of Hackney. Smith and co-guitarist Dave Murray included a bit of the Howard Blake song Walking In The Air in this 1986 performance of their duet.

The setlist was remarkable for leaving out the current album’s epic, Alexander The Great, instead retaining the previous tour’s Rime Of The Ancient Mariner. Another current song, The Loneliness Of The Long Distance Runner, was only granted one single performance on opening night before being dropped.

It was also clear that Dickinson no longer had the ability to sing like he had done in the 1982-84 period, and thus Flight Of Icarus and Where Eagles Dare were dropped from the set early in the tour. A forgotten gem on the album and in the set was Adrian Smith’s Sea Of Madness, which was dropped early in the American leg of the tour, never to return.

You can at least savour that completely rocking song in the above video from the vault. Enjoy!