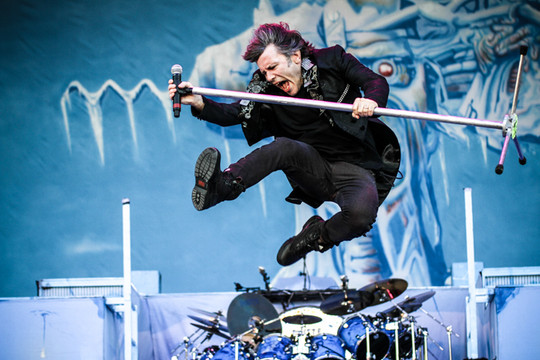 The proposed John Cleese-inspired “Flight 666 and other stories” was set to debut in Oslo, Norway on November 2nd this fall. But this week ticket holders got an email about cancellation and refunds.

What could be the reason? The show had only sold about 200 tickets to date, but there were still a few months to go for further promotion. On the other hand, Dickinson claimed at the time of the announcement that no plans were actually finalized as to what the show’s content or form would be.

With the 2013 Maiden England tour ongoing, did Dickinson take on too much for once…?

According to some fans, the promoter has cited aviation activities as the official reason for the cancellation when emailed about it. But that also sounds a bit like the obvious reason for anything being cancelled in Bruce’s life these days.

In terms of speculation, Maiden fans might want to consider the possibility that an extension of the tour was what got in the way. That might be a long shot, but a UK tour in November would fit nicely with the Maiden England concept, wouldn’t it?

Dickinson tickets will be refunded at point of purchase.