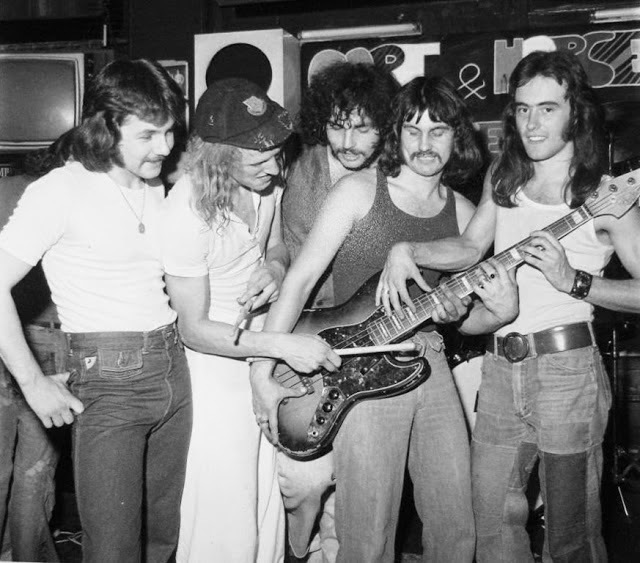 Can you believe it’s been 45 years since Steve Harris put together the first version of his very own band?

Steve started his first band as early as 1973. The group took the name Influence and attempted to write their own material. It didn’t last long, and shortly after changing their name to Gypsy’s Kiss the band broke up. “I suppose the others lost interest, or whatever,” said Steve many years later. “That’s all they want, a taste. But a taste wasn’t enough for me. I really enjoyed doing gigs and I wanted it to last forever.”

To get a bit further on the road to becoming a professional, Steve joined Smiler in 1974, where he got to play with drummer Doug Sampson and singer Dennis Wilcock for a while. But the bassist got frustrated when the others showed little enthusiasm for his original song material, and so he left the group to pursue his own vision in earnest. 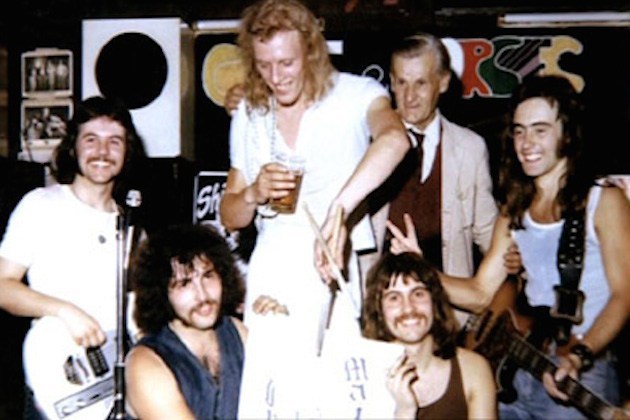 The first line-up of Iron Maiden, at the Cart & Horses in 1976: Dave Sullivan, Paul Day, Ron Rebel Matthews, Terry Rance and Steve Harris. Early version of Eddie the ‘Ed in the back…?

In the last few weeks of 1975 Steve assembled his own band, with the intention of focusing on the original ideas he was steadily coming up with. On Christmas Day, 25 December 1975, Iron Maiden was born. The official first line-up of Steve’s band featured guitarists Dave Sullivan and Terry Rance, drummer Ron Rebel Matthews, and singer Paul Day.

Steve also came up with the new band’s name, Iron Maiden … or did he? “I don’t remember if I thought of it or my mum did or someone else in my family. I can’t remember.” But stuck it did. The band rehearsed three or four times a week at Dave Lights’ house and started doing regular gigs at the Cart & Horses in Stratford. 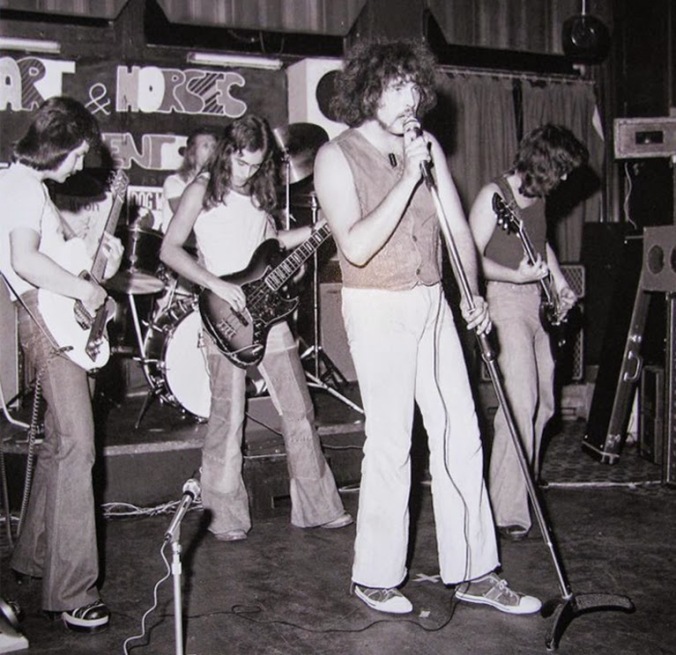 The first incarnation of Iron Maiden, on stage at the Cart & Horses in London in 1976.

During this time, Steve would write some of the earliest Maiden classics, like Wrathchild, Prowler and Transylvania. Other members of the band were also part of the writing process, contributing to new creations like Iron Maiden.

The line-up wouldn’t last long, but now Steve had found his own direction and he would never stray from it again. The next few years saw endless streams of band members going in and out, before Steve settled on the line-up that eventually recorded Iron Maiden’s debut album in early 1980. The rest, as they say, is Maiden History.

Maybe the thought occurred to Steve, sitting in a plush seat on Maiden’s jumbo in the spring of 2016, on the Book Of Souls world tour, that exactly 40 years earlier he was struggling to create his band in small East London pubs? Now it’s 45 years later, and Iron Maiden have been enjoying one of their biggest and best tours ever, the Legacy Of The Beast world tour.

Steve Harris pretty much made it last forever.

Source: Run To The Hills by Mick Wall.

6 thoughts on “On this day in 1975: Steve Harris formed Iron Maiden”