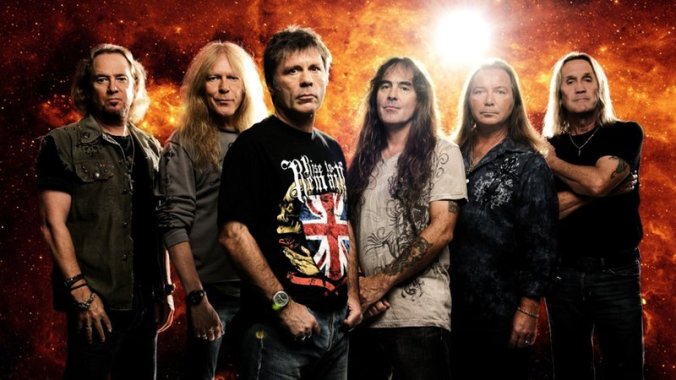 You wanted the best, you got it! Do you agree with our TOP 20 of the best ever Iron Maiden songs?

We worked up our list of the 10 worst Iron Maiden songs last week, and probably agitated some of you with our choices. Shall we see if we get along better this week? Torgrim and Christer agreed on 21 songs for nomination, and then voted separately. Here’s Maiden Revelations’ list of the best 20 Maiden songs:

Runner up) CHILDREN OF THE DAMNED (1982)
A Beast of an album, a number of great children, and barely missing out on the top 20 of Maiden tunes is no defeat. Most other songs in the history of music would cut off a chorus to get there. It doesn’t say so in the official credits, but Bruce co-wrote this song with Steve. They never looked back, did they?

20) SIGN OF THE CROSS (1995)
From the darkness of the Maiden era most controversial, that in which Blaze replaced Bruce. Someone had to keep writing songs in the mid-1990s, and Steve delivered a milestone that still stands proud. In time Bruce returned to do his own version of it, but what could he have done if Blaze hadn’t been there to help craft the original?

19) COMING HOME (2010)
One from the late era of Maiden reuniting with Bruce and Adrian. How did they stay together for the long haul? Maybe by combining their art with the piloting of airplanes, the craft of songwriting, and the unconditional love for their fans. When Bruce, Adrian and Steve get together to shape a message, with such a revealing title, it sounds like this:

18/17 tied) STRANGER IN A STRANGE LAND (1986)
How would Maiden have made it through the 1980s without Adrian? Not that the 80s should have worried Maiden, but Adrian pushed the boundaries and set the bar higher, with songs and solos like this. He also wrote Wasted Years for the same record. Like it was easy!

18/17 tied) THE WICKER MAN (2000)
Who missed Adrian? Who missed Bruce? What a way to signal a comeback! After a decade of Maiden music that even the most loyal fans would have to admit was controversial, Adrian returned for 2000 with an opening riff that bleeds effortlessly into a stadium-sized Maiden number, co-written with Bruce and Steve, and complete with a proper metal production by Kevin Shirley. There was much rejoicing!

16) REMEMBER TOMORROW (1980)
And let it never be forgotten, Bruce would have had no place to start unless Paul had been there before him. The lyrics Paul wrote for this song are still among the most haunting Maiden ever recorded, the music by Steve is ambitious way beyond their scene at the time, and that was their first album! This might be the ultimate version, wherein Bruce delivers a faultless interpretation of Paul’s original:

15) THE LONGEST DAY (2006)
The longest jump, in the timeline! Bruce has come and gone and come again. A Matter Of Life And Death is an intense experience, a serious album, all of which the band performed live. They meant it, and we mean it when we put this track on the list. Here’s a representative of Maiden’s most cohesive post-2000 album, co-written by the unbeatable team of Adrian, Bruce and Steve.

14) THE PRISONER (1982)
No one can take anything away from the late great Clive, whose awesome drumming is all over this track, but even Bruce knew the drums well enough to give Adrian the beat to start the riff that Steve turned into… and so on. Here’s a track that was always great, but which was so rarely heard until Maiden brought it back for their 2012-14 tour.

12) THE TROOPER (1983)
Oh, it sounds so obvious, doesn’t it? Sure, we could all write a riff like the opening to The Trooper. Sure, we could all jam that song full of melodies that a third of the planet’s population would recognize. Well, most of us didn’t. Steve did:

11/10 tied) ALEXANDER THE GREAT (1986)
In the 1980s, Steve specialised in writing EPIC metal songs that aspiring writers are still trying to copy or reinvent. For each album, we could look forward to another EPIC that would forever define Iron Maiden. This one was never played live, believe it or not, and it remains all the more mythical because of it…

11/10 tied) TO TAME A LAND (1983)
…while this one is only slightly less so, having been performed on stage in 1983. Steve’s first overtly Eastern-sounding track, excepting one riff in the Genghis Khan instrumental, To Tame A Land showed the way and many EPIC songs would follow, way into the 2000s.

09) ACES HIGH (1984)
But Steve could also write instant metal, could he not? This track came to be the ultimate Maiden show opener, in no small part thanks to its appearance on the Live After Death album and video. It was resurrected for four separate tours in the millennium reunion era, including this career-high performance from 2014:

08) PASCHENDALE (2003)
Dance Of Death is not the greatest album Maiden has recorded, but some of their greatest songs can be found there, chief of which is this monumental (yes, EPIC) track by Adrian. It features spine-chilling lyrics from Steve about the ”kindermord” that happened on battlefields of World War I, and sports a bravura orchestral production by the man who managed to lift Maiden’s sound into the 2000s, Kevin Shirley.

07/06 tied) POWERSLAVE (1984)
Bruce could not be out-maneuvered in the realm of EPICS. His impressive songwriting for the band he joined just a couple of years earlier reached a climax with the title track to what many consider the ultimate Maiden album – Powerslave. Egypt, pyramids, pharaos, the afterlife. Mythical! Magical!

07/06 tied) RIME OF THE ANCIENT MARINER (1984)
Combine Maiden with Samuel Taylor Coleridge and you get the EPIC to end all EPICS. Bound together by a milestone production courtesy of the one and only Martin Birch, this Steve composition is what all other EPICS, Maiden’s or otherwise, will always be measured against. The King of EPICS.

05) WHERE EAGLES DARE (1983)
Steve seems to have thought that new drummer Nicko should have a proper introduction. Cue this track! A different kind of opening song for an album, a different kind of solo section from any other Maiden song, letting Dave go with the flow as he loves to do. Here’s a modern day performance with the band at peak form:

04) PHANTOM OF THE OPERA (1980)
Steve himself has singled out this song, his own work, as the point where he felt he could see (or hear) where Maiden would be heading. Little wonder! Phantom sums up Maiden through the ages, in a way that very few bands can claim about a track on their debut album.

03) REVELATIONS (1983)
As if to prove that the uncredited work he did on his first album with the band was just a starting point, Bruce chipped in with some stellar songwriting on Piece Of Mind, the best of which is this inimitable blend of metal and contemplation. Maiden’s three-guitar attack, adding Janick to the classic line-up, revels in such stuff:

02) INFINITE DREAMS (1988)
Seventh Son absolutely rules! This Steve composition is the second representative on the list. And what a representative! Simply one of the very best songs Maiden ever recorded, which says a bit. All the colors of the Maiden rainbow are present, all the tension, all the beauty. Put your headphones on and listen to the guitar work on this track…

01) HALLOWED BE THY NAME (1982)
…but there is no debate. Even after having tired of endless versions of this track over the course of decades, there is no question that Hallowed is the ultimate Maiden song. The drama, the melody, the fury, the twin guitars, the unreal vocal performance. No matter what this band will ever do, Steve’s gallows pole lament will always stand tall as their crowning metal achievement:

So, we’ve had our say. Now you have yours in the comments! We’ll just leave you with a few other tracks that weren’t nominated, but which we admit to love…